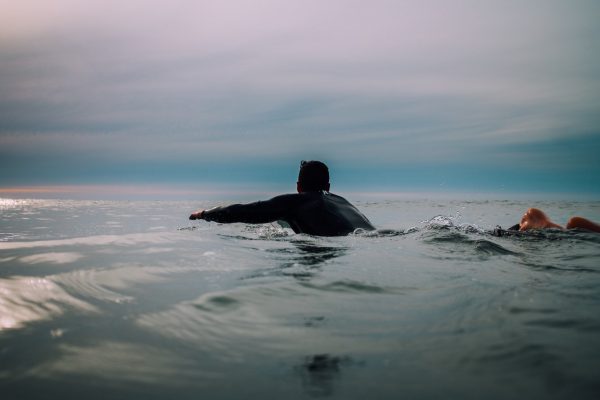 Leadership roles are created, offered up and some have always been there – sneakily waiting for us.

What happens if you are asked to lead or need to lead but just don’t want to? Some might explain the experience as like being handed a box of matches and a can of petrol at the same time, or being the first to paddle out into shark infested waters.

There might be a range of reasons why we don’t want to lead such as having no fire in the belly for the role; the opportunity being irrelevant or being unable to relate to the cause; an inherent laziness or desire to avoid conflict at all costs; worrying about getting it wrong, where others get hurt and relationships suffer; or having no time.

While unconditionally loving my twelve-year-old twin sons, Marlon and Willow, some days I don’t want to be a Dad.

It will be a fleeting wish to abdicate, usually linked to some specific part of the “Dad” role, usually in a bad parenting moment such as responding too harshly in my words and actions.

· What is your view of the leadership role (if you can, keep this to one sentence)?

· What is the view of others about the leadership role?

· Who else could lead in that moment?

· Reflecting on your responses, do you in fact need to lead?

In 2017 my marriage imploded spectacularly just as I was about to commence the fourth intake of the Legacy Leadership Development Programme in Taranaki, New Zealand.

The original plan was for my mentor to lead day one of the programme and I was to facilitate the next 8 days.

My head space [it felt like the end of the world] meant I was unsure if I could lead any of the days.

The leadership role – my view.

The monologue I held in my head was that I had to be the guide, the facilitator, to actively lead the leadership programme from the front.  At another level I felt that I needed to lead by example.

I needed to come from a solid, stable personal background, specifically an intact, traditional family (Mum, Dad and the kids) with no personal baggage.

The leadership role – the view of others.

What the participants expected, as they had every intake, was a programme guided by someone who would give them information and provocation around the topic of leadership. They wanted to know what leadership is and whether they had any of it’s key ingredients within themselves.

Who else could lead?

I was blessed in that my mentor, the author of the programme, provided the support to participants for those first 2 days.  He could lead.

The participants themselves also had a leadership role around being honest as to their own learning needs.  I did not need to lead.  On reflection I had defined the leadership role based on my assumptions and my own needs. I had failed to consider the needs of those I was there to serve. I had also assumed a definition of leadership in that moment: Leaders had to be “successful” family men.

This was a real dishonour to the diversity of leaders in the programme and families in the community I live in.

For me, this raises important questions such as “what is leadership in a given moment?” If there is clarity on what that means for you, in your world, at that time, you may more accurately consider the risks and benefits of choosing not to lead.

The possible risks of not-leading may include:

· others following your example of opting out of responsibility.

· there will be no change, growth or development of yourself and others.

· your action or inaction can lead to low standards. If I walked away from my parenting role it would lead to poorly behaving, malnourished and abandoned children! Replace children with team members in your organisation, and the result may be very similar.

· The challenge may only get bigger, other things may not get done and it may lead to others getting hurt, embarrassed or creating hardship.

On the other side of the not-leading coin are the benefits:

· Others will naturally fill the void if you do not lead.

· If working with a team, this can sometimes lead to some of the biggest growth experiences for those individuals, even if uncomfortable.

· Someone with the right skill set may slip into the leadership role.

· It can free up your time, allowing you a chance to take a breath, to focus on things that you feel more inclined or capable to lead

· It can result in practicing the skill of delegation (a skill often neglected by those in traditional leadership roles).

Abdication, not-leading, having bad parenting moments, can, by default, lead to the change we are seeking. It is uncertain and out of control, but sometimes that is what a situation may need.

Consider, being asked to coach the premier netball or basketball team or having no option but to lead due to a crisis or sudden loss of a key team member at work.

Stepping into leadership or falling away from it are both real options (even momentarily as parents).

Whatever you choose, reflecting on how this impacts your own personal growth, and the development of others, are essential. Be mindful of your definition of what the leadership role is in that situation, and you how define leadership generally.

Consider what is actually being asked of you by others in that moment.

If the ladder is not leaning against the right wall, every step we take just gets us to the wrong place faster.
Stephen R. Covey