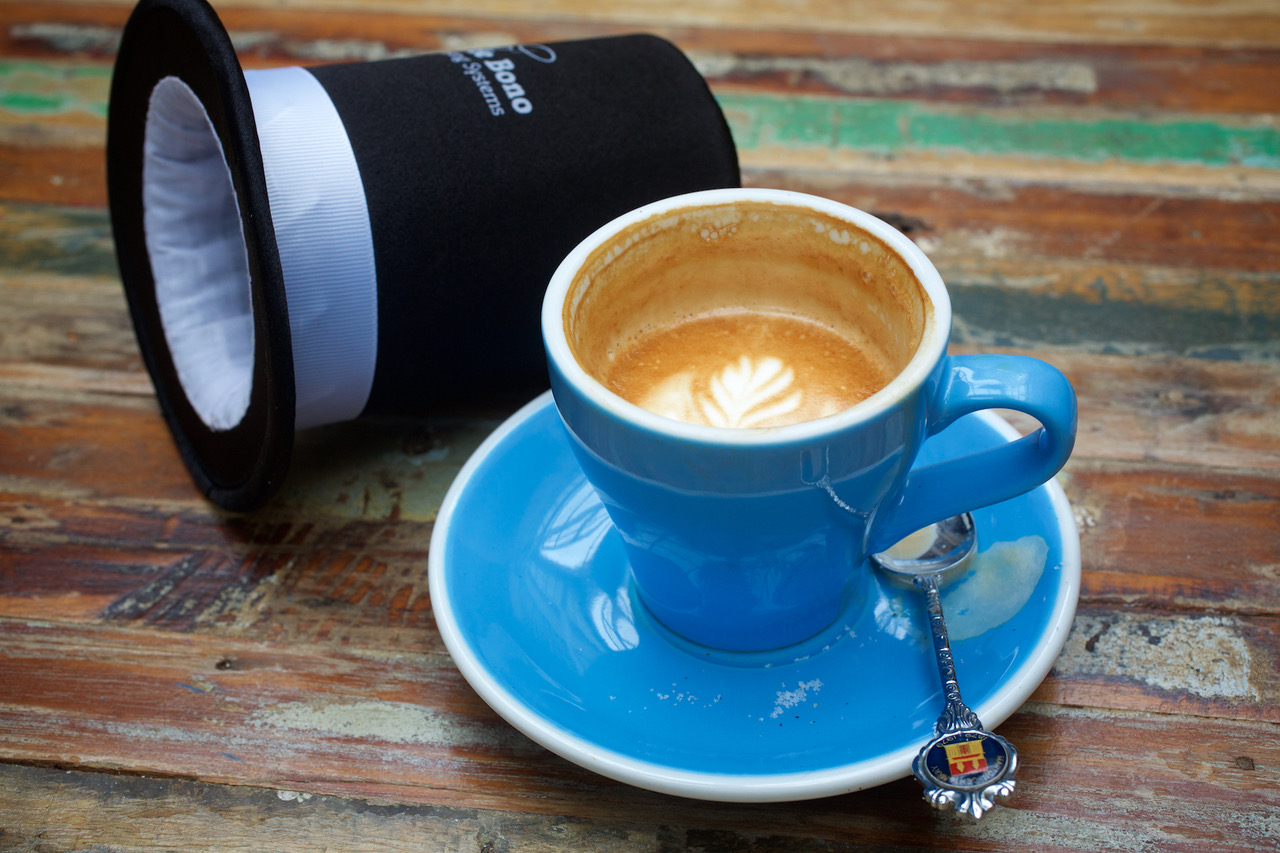 The woman’s favourite café had only just opened on Thursday when she arrived. The music was blaring an old classic dance track that she recognized – Darude’s Sandstorm.  The barista wasn’t at his station and popped up from behind the counter suddenly, surprising her and himself. He had not expected anyone to be there.

He put his hand to his chest, mimicking a heart attack, and rather than fight the loud music he mimed Good morning before side stepping to turn the volume down.

Hi. She spoke into the quietened air of her favourite café. It nearly echoed back.

Good morning. Nice and early this morning, making up for yesterday’s rush I see, ribbed the Barista.

The woman decided not to reply. The Barista held up a cup and saucer with a raised eyebrow, checking whether the woman might be having her drink in the café this morning.

Yes please…. Why not.  The woman smiled, her demeanor much more relaxed than yesterday.

Are you sure you asked me the right question yesterday before I rushed out the door. I was confused and thought you’d maybe said it wrong or I heard it wrong.

The coffee machine started to heat up quietly as the barista put together a brief coffee musical: with the clink of cup on sauce; the ching of teaspoon as it was partnered alongside the handle of the cup, abed the saucer. He handed a small black top hat, the one he had tempted the woman with yesterday, with a tap on the top of it.  She hesitantly took it.

The black hat allows us space to think about the caution we might need to take in our thinking, the difficulties or risks we could face or the weaknesses. There might be a rule or a way we do things around here, or a process that might be impacted by our idea, opportunity or challenge.  These once again must be logical, bedded in reality. He smiled calmly.

Now grab a seat and think about the risks, the caution, the weaknesses that might arise if you had more productive, meaningful team meetings. And I’ll fill your cup.

The woman decided to stand at the chest-high bench by the window, opting not to sit on the stool. She got her phone out and processed her black hat thinking. She punched into her Notes the following:

The black hat allows us space to think about the caution we might need to take in our thinking, the difficulties or risks we could face or the weaknesses.

She also looked at a separate list she had compiled last night when she thought the question was meant to be ‘what would the risks be if the team carried on with pointless, unproductive meetings’which read as follows:

A few people walked in and ordered their takeaway coffees, the barista exchanging pleasantries as always. He placed her favourite coffee on the bench.

The woman spoke to her thinking from the first list.

Fantastic.  It can be a bit confusing when we look at black hat on an idea or focus that we already think is a good idea – however it is really important to test this, the black hat is a great way to even the playing field when it comes to our process of thinking.

I’ll see you tomorrow, but be warned I’ll be making you turn green.

The woman smiled, curious as to what the barista meant and chose to sit with being curious while she took the first sip from her coffee. She sat in silence, listening to the comings and goings in her favourite café while she slowly injected the caffeine into her morning.

The barista was busy as she left with her usual Thank you.